Discover gastronomic specialties of the Basque Country during your Camino del Norte with WAW.travel! Basque Country food is among the most awarded in the world!

Did you know that there is another language other than Spanish? Euskara!

The Basque Country is almost 21,000 km², about 3 million people live there and a quarter of the total population speaks Basque or Euskara. Even if you speak a nice word of Spanish, there is really nothing to do with Euskara, they are completely two different languages, Spanish being of lating origins, while Euskara doen’t pertain to any linguistic family, being a self-standing non-indoeuropean language. Fortunately, for example, road signs show the place names in Spanish as well as in Euskara, so you don’t have to be afraid of getting lost during your Camino del Norte!

If you want to learn some basic sentences, this video can help you: Useful Basque Phrases – Euskara to Know when Visiting the Basque Country.

Experience the culture of Bilbao during your Camino del Norte!

The first stop consists in a visit to Bilbao. Bilbao is, with over 345,000 inhabitants, the largest city in the Basque Country, lying on the River Nervion, one of the cities along Camino del Norte to Santiago. Since 1997, the city has been one of the four cities in the world with its own Guggenheim Museum, the main attraction of the city. 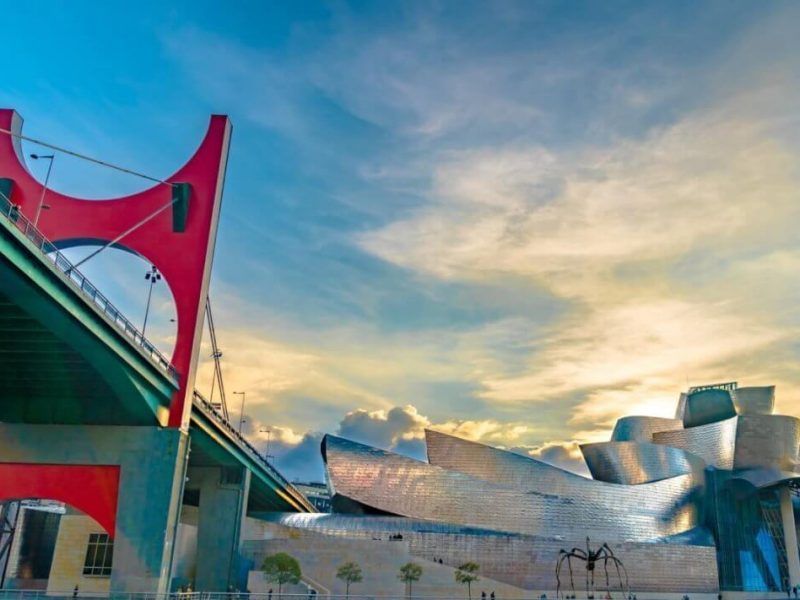 The museum attracts more than 1 million visitors per year. The building is designed by the American architect Frank Owen Gehry, you just have to see it during your Camino del Norte. The exterior, which consists of a combination of shapes and the use of titanium is simply stunning. Some of the art is free to admire, such as the 12-meter-high puppy covered in 70,000 flowers and the metal giant spider Maman that stands on the Nervión side of the museum. 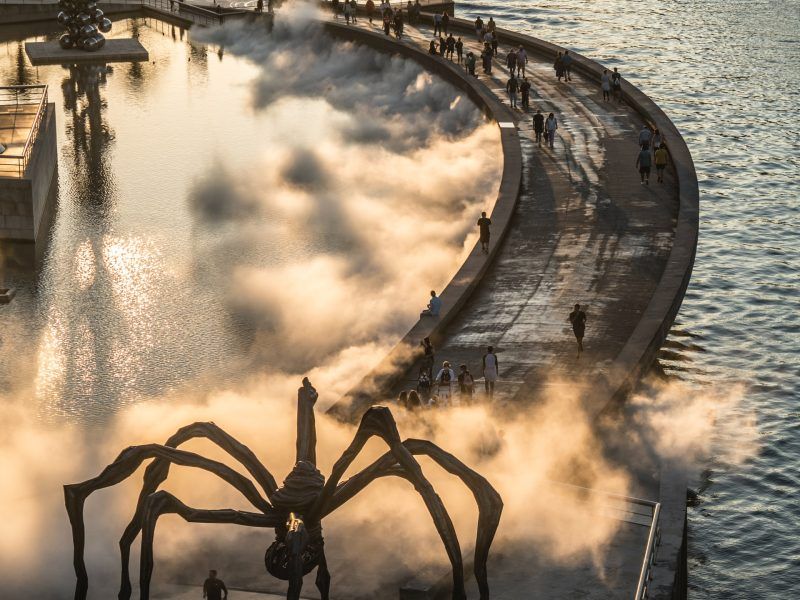 Most Michelin stars in the world!

San Sébastian’s official name is Donostia-San Sébastian. That’s because the Basque name for the city is Donostia. The city is known as the most gastronomic place in the world. There is no city where so many Michelin stars are counted per square kilometre. There are 18 Michelin stars. What’s more, of Spain’s eleven restaurants with three Michelin stars, three are locates in San Sebastián and the sourrounding area: Arzak, Akelarre and Martín Berasategui.The chefs here often start cooking at a high level from a early age with the proverbial spoon, home to the world’s first gastronomic faculty, where young talents are trained. It is not without reason that San Sébastian is a popular destination of good food and drink lovers.

Pintxos, pintxos and even more pintxos on the Camino del Norte!

Basque Country food during your Camino del Norte means pintxos, pintos and even more pintxos. These are small snacks that are displayed in bars. For these snacks, you pay an average of two to three euros each in San Sébastian.  In the Basque Country you do not eat ‘tapas’ but ‘pintxos’. There is plenty of choices, but as a Basque, you only take one or two pintxos and each bar has its own speciality. Enjoying life by sharing beautiful dishes and delicious drinks is an important foundation of the community here.

When talking about Basque Country food & drink during your Camino del Norte we can’t not mention Txakolina, the white wine from this region. How can you fully enjoy food without a great glass of local wine? Just to make you understand better the level of commitment to cooking that there is in San Sebastián,  almost everyone is a member of a “Sociedades gastronómica“. These are places, fully equipped with a kitchen, where you meet to share your meal, either with other members of the association or with families and friends. The cooking is usually done by 2 or 3 of the members and after dinner the costs are calculated and divided among everyone who has eaten. 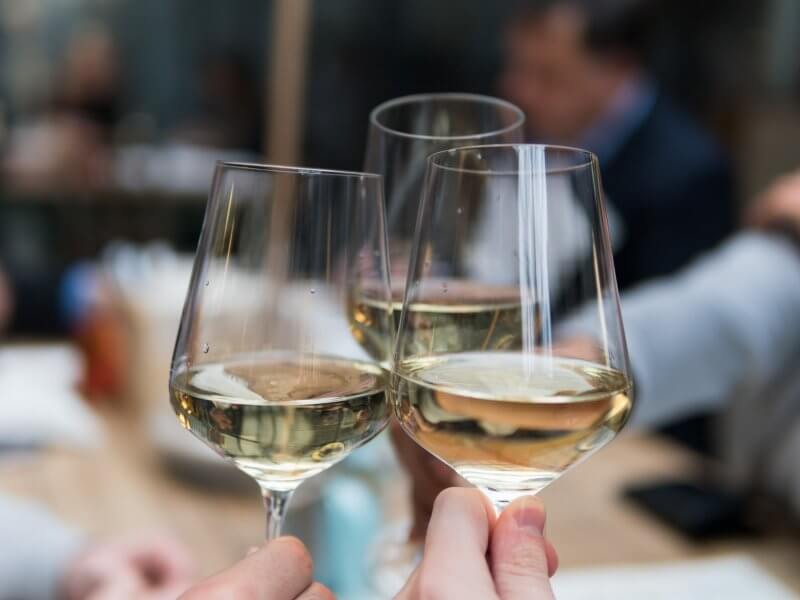 Do you also want to walk the Camino del Norte and discover Basque Country food? We provide the very best and most authentic locations, advise you on the route to drive and give you tips on where you can, for example, taste the most delicious dishes from the region. Of course based on you needs and desires.Take a look at our travel solutions to go walking in Spain to Santiago de Compostela!

Don’t hesitate to contact us for any curiosity, we will be happy to help you join this amazing adventure! Write an email to hey@waw.travel or follow us on our social profiles for constant news and updates: Instagram – Facebook.