LEON SPAIN has an ancient history. In the first century the Romans stopped on the banks of the Río Bernesga, 650 years later, a trading town flourished where merchants who supplied pilgrims with bread and wine in transit, León.

With 140,000 inhabitants, León is located at an altitude of 850 meters on the southern slopes of the Cantabrian Mountains. The old city center is still where it was founded. Here is one of Spain’s largest cathedrals, the majestic Santa María de Regla. The Gothic Santa María de Regla Cathedral is without a doubt the most impressive of architecture that was build in Spain’s Middle Ages. There are larger cathedrals. But no one has managed to keep the style so pure during the long construction period (from 1258 to 1303). And nowhere else but in this cathedral does the sunlight play a role. With the 125 stained glass windows and three imposing rosettes that are placed high in the massive walls. Altogether over 1800 m² stained glass.

Of course you will also find a Plaza Mayor. León Spain is best known for its many and cozy tapas bars. It is one of the few cities in Spain where you get a free tapas with your drink. The remains of the ancient city walls run north of the cathedral. Following the walls you will arrive at the impressive Royal Basilica of San Isodoro. The style of the basilica is mainly early Romanesque. In the interior, the Renaissance choir and the Romanesque frescoes with which the basilica is decorated shine

The  San Marcos Monastery was located in the northeastern part of the old town, on the river by the bridge of the same name. This monastery originally belonged to the Order of Santiago.  The knights who guaranteed safe accommodation and passage for pilgrims on their way to Santiago. The interior is mainly Renaissance. This former pilgrim house now houses a  5-star hotel, the Parador de San Marcos in León Spain.

León is a proud pilgrimage city. As it is the center of the Camino de Santiago. Every year thousands of pilgrims from all over the world start their pilgrimage to Santiago de Compostela. The pilgrims who started in Saint Jean Pied de Port of Pamplona plan a day of rest to recover. The camino provides a lot of energy in the city. Do you also want to walk or bike de Camino de Santiago? Look here for our offer. 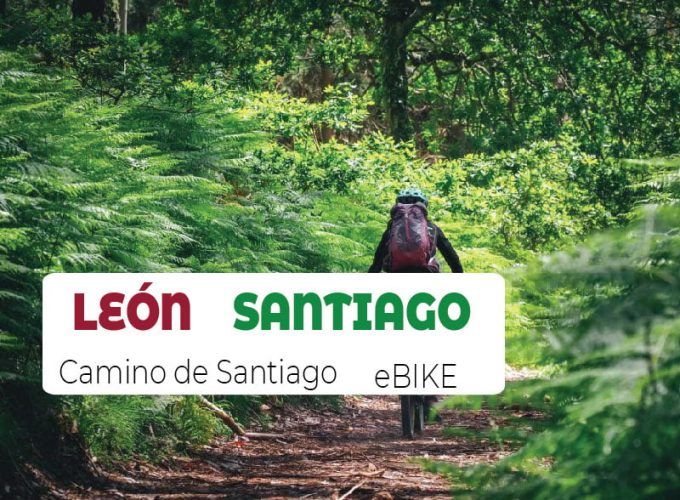