Province of the Netherlands

Visit Limburg if you want to see one of the most beautiful provinces in the Netherlands. Limburg is located in the extreme south east of the Netherlands and its capital is the cozy city of Maastricht. The hilly landscape are almost un-Dutch.  The province is crossed by the river Maas.

The climate in Limburg is often just a little bit more pleasant than in the rest of the Netherlands. Its southern location makes it one of the hottest and driest places in the Netherlands, and rightly so the sunny south. Due to its location in the extreme South, Limburg is enclosed by Germany on the eastern side and Belgium on the western side. It is therefore also possible to quickly visit these countries from Limburg. In fact, all countries come together at the three-country point. From the lookout tower one looks at the Netherlands, Belgium and Germany.

The Romans already inhabited the city of Maastricht and used this place on the Maas to conquer the surrounding areas. In the Middle Ages, the Limburg area was divided into several counties and duchies belonging to Brabant, Liège, Gelre or Cologne. In 1830, during the Belgian revolution Limburg joined the Belgians. This ultimately lead to a split of Limburg. The eastern part remained part of the Netherlands. The west continued to belong to Belgium. For a long time, the economy of Limburg mainly focused on coal mining. This coal was used in factories in the nearby Ruhr region of Germany. In the mid-twentieth century, however, the use of coal became less and less important and the closure of the mines was eventually announced. This caused major economic problems in Limburg in the 1970s and 1980s.

Limburg is therefore a very nice province to visit. You quickly get a holiday feeling through the hills, beautiful countryside with small river valleys, rolling hills, beautiful forests and charming villages. It is fine cycling and walking here. Limburg is a cozy, beautiful and Burgundian province that is definitely worth a visit. 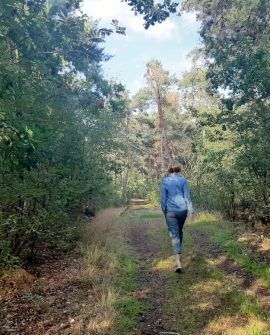